Masihuddin Jaigirdar by profession a Pharmaceutical Scientist, before retiring he was the senior Quality Reviewer, US Federal Government (G.S-14-8) with FDA/OPQ/OPMA Division III. Beside his quality reviews of many applications including INDs, NDAs and over 500 ANDAs/Amendments for a period of over ten years; he has also contributed/participated in FDA OGD/OPMA various scientific working groups as a team member. In October 2020 for his dedication to the FDA through his 10 years of exemplary service as an exceptional employee and mentor, received the certificate of appreciation from the CDER; FDA.

He has M. Pharm and Post Graduate Education in Pharmaceutical Science/Technology and over 35 years of diverse experience in the Pharmaceutical Industry in the field of Formulation Development, Process Technology Transfer, Process Optimization, and Scale-up of products and Manufacturing for Brand and Generic Pharmaceuticals in US and Overseas (Europe & Middle East).

As a formulation scientist he has proven success of generating many Abbreviated New Drug Applications (ANDAs) of Paragraph IV Paradigm defending them at litigation and got agency approval. He has worked for many worlds reputed Pharmaceutical Companies.

He was the Associate Director and Research Leader of R&D Product Development; expertise in Modified Release Technology for Actavis (former Watson) Pharmaceuticals in Corona, California.

Just before joining FDA in September 2010, he was with the Product Development Group of Mylan, in Morgan Town, West Virginia.

Masih started his professional career in early 70’s, joining the then E.R.Squibb & Sons in their overseas pharmaceutical plant in Bangladesh. In the 80’s was trained by ASTRA Development AB, Sodertalje, Sweden, for the position of Head of Process Technique/Technology Transfer, for the newly build pharmaceutical plant KIPICO of the Kuwait (Middle East) government. He was responsible and conducted the Validation Program for Product’s Process: Installation Qualification (IQ), Operational Qualification (OQ) and Performance Qualification (PQ) in conjunction with technical experts from ASTRA Sweden for all pharmaceutical dosage forms.

Provided technical support and troubleshooting to existing products and process.

Awards: Masih has received many awards during his 10 years’ service with the FDA.

• Certificate of Appreciation for dedication to the FDA through his 10 years of exemplary service as an exceptional employee and mentor, October 13, 2020.

• Excellence in Mentoring: Training Faculty for New Chemist Reviewers; For outstanding efforts in training over 65 new chemists in the review of Chemistry, Manufacturing, and Control portion of the ANDA in 2013

• OGD Chemistry Risk-Based Review Groups; for demonstrating the feasibility, effectiveness and efficiency of risk-based review in the chemistry evaluation of ANDAs 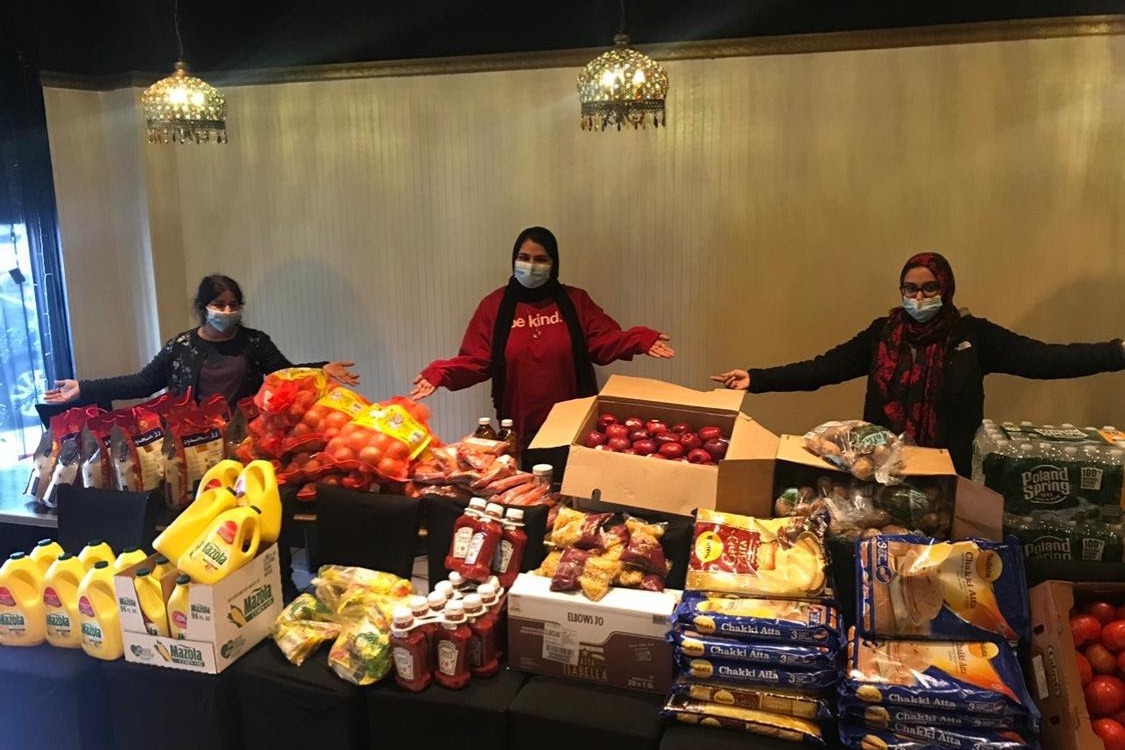 As pharmacists currently on the front line of this pandemic, we have been blessed with the opportunity to help patients who have been directly affected by COVID19 but wish to expand our reach beyond just our patients.

This relief fund will be providing monetary aid to organizations in the New York area that are actively supporting and assisting underserved communities that have been impacted by the COVID19 pandemic. A portion of funds will also be distributed to the Pharmacy Department at Dhaka University in Bangladesh in support of the profession of pharmacy to struggling students who are currently undergoing a financial crisis due to the pandemic.

BAPA, the Bangladeshi-American Pharmacists Association was established in 1991 by a group of pharmacists who immigrated from Bangladesh to America in the 1970s during a time of need for health care providers. BAPA was created to help serve local families and communities. The association’s mission is to advance the profession of pharmacy, enabling our members to provide optimal care to those they serve.

The organizations this fundraiser will support:

Queens Mutual Aid: Is a support network started by Moumita Zaman, Rima Begum and Shaniyaat Chaudhury based in Queens, NY.  The group helps residents in accessing food and supplies, picking up prescriptions and providing services to those that are elderly, disabled, and/or immunocompromised. They are led by people of color and have helped over 1000 people in the areas of Queens that are most impacted by the crisis, including Jackson Heights, Jamaica, and other areas with large Black, Latino, and Bengali populations.

Bronx Mutual Aid: Is a support network started by Thahitun Mariam based in Bronx, NY. They are serving in the most impacted areas affected by the crisis, including South Bronx, Parkchester, Fordham, Norwood, and other areas with large Black, Latino, and Asian populations. This group is working alongside the Gambian Youth Organization and the Bangladesh Academy of Fine arts which have been made into storage and packaging spaces for deliveries.

People in Need (Brooklyn): Co-founded by Nowshin Ali and Anurag Mahohar Shrivastava in 2016, this organization has been utilizing local volunteers to provide home delivery services of grocery & essentials to the elderly, people with special needs, single moms and families in quarantine while low-income families can pick-up distribution from their local distribution locations as well.

JMC & NABIC: Through a partnership working with the Jamaica Muslim Center (JMC) and the North American Bangladeshi Islamic Community(NABIC), the local Muslim community has been able to create Ramadan Bags for local families in Queens during this time. In collaboration with Aftab Mannan and Rehat Mannan, owner of Ali Baba Cuisine in Queens, the groups have been able to store, package and distribute groceries specifically geared towards South Asian Muslims.

LI helpers: A group of volunteers co-founded by Fawzia Syed and Misha Khan, started and based out of Long Island, NY that delivers hot food and groceries to support families affected by COVID-19. Currently the volunteers are focusing on helping undocumented families who are without government benefits, a huge number of which reside in LI of Hispanic descent, families that have been referred or reached out to the organization directly. Going the extra mile to make sure culturally friendly and familiar cuisines and groceries are provided to these families.
They have also been working closely with Domestic Harmony Foundation as well as Sanctuary for Families, both non profit organizations that serve domestic violence survivors and their children, providing groceries specific to the needs of the most vulnerable women. LI helpers volunteers have partnered alongside all the organization groups listed above in packaging, distribution, and collection of funds to serve the community impacted by the coronavirus.

We urge you to please consider donating to aid the people in the most compromised of our neighborhoods.